The Piast Institute Dekaban Board assists the Dekaban family in the oversight and management of the work of the Dekaban-Liddle Foundations. The Foundations facilitate faculty agricultural, economic, and engineering exchanges between Polish universities and universities located in the United States, Canada, and the United Kingdom.

In addition, the Piast Institute sponsors the annual Dekaban Lecture to commemorate and honor the work of Dr. and Mrs. Dekaban. Past keynote speakers of the Dekaban lectures have included figures such as Dr. Zbigniew Brzezinski, one of the most influential figures in the history of U.S. foreign policy. Please see the Events section for further details on the Piast Institute’s Dekaban lectures and other events.

About the Dekaban Liddle Foundations

The Dekaban Liddle Foundations facilitate faculty exchanges in the fields of agricultural, economic, and engineering between Polish universities and universities located in the United States, Canada, and the United Kingdom. Named for Dr. Anatole Dekaban and his wife, Pamela Liddle Dekaban, the foundations seek to benefit Poland and its citizens by enhancing the quality of Polish science and education.

About Dr. and Mrs. Dekaban

Anatole Dekaban was born in Poland in 1914. He completed his studies at the University of Warsaw Medical School in 1939 and belatedly received his MD in 1944. During the German occupation he was active as a doctor in the anti-Nazi resistance and took part in the Warsaw Uprising of 1944. After the war he began his medical practice in his native city, however, his involvement in the democratic resistance during the war brought him to the attention of the Communist authorities. He fled Poland in 1947.

He continued his neurological studies in Canada and took a Ph.D. at McGill University in 1952. He also studied at Columbia University and the Institute of Neurology in London. In London he met and married Pamela Liddle. He held an appointment in neurology at the University of British Columbia from 1952-1955. He moved to the National Institute of Health (NIH) at Bethesda Maryland and remained there until his retirement. After his retirement to Whidbey Island, Washington in 1980 he continued to consult at the University of Washington Medical School and the Children’s Orthopedic Hospital in Seattle. 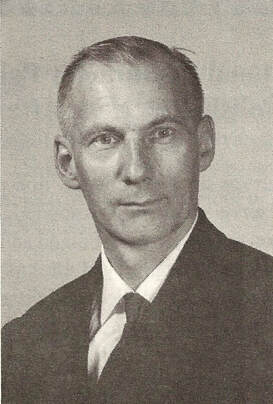 Dr. Dekaban was the author of two important texts on pediatric neurology and a monograph on the early development of the human brain. He also published over 120 scientific publications in medical journals or as book chapters. He is widely regarded as one of the founders of pediatric neurology. Dr. Dekaban died in the spring of 2001 at age 86.

Pamela Liddle Dekaban was born in London, England in August 1924. During the Second World War she served in the British Armed Forces. After the war she returned to her education, completing the King George Hospital Training School for Nurses in 1949, having achieved the class gold medal as first in her class. She continued worked at St. George’s Hospital after her graduation and there met her future husband. The couple was married on September 1, 1952. She migrated with her husband to Canada. With her medical background she assisted her husband during his career in the presentation and editing of his publications. She was also a full partner in the philanthropic work that Dr. Dekaban initiated in Poland. Pamela Liddle Dekaban died May 19, 2003.

Pamela and Anatole Dekaban had two children. Their son, Dr. Gregory (born 1954) and is married to Linda and has two sons, Robin and Mark. Their daughter, Joanna (born 1956) is married to Michael.

During their visits to Poland after Dr. Dekaban’s retirement, the Dekabans decided that the difficulties of his Anatole’s beloved Poland could only be solved by improving the quality of Polish science and education. During the period of food shortages in the early 1980’s, they funded exchanges to improve agriculture. After the fall of Communism their gift addressed the economic demands of a new market economy and later, when Poland entered the global market, they focused their philanthropy on the need to upgrade Polish technology and engineering.

The gifts of Pamela and Anatole Dekaban to Poland and its people will bear fruit for generations to come. Practical and far seeing, the foundations they established are designed to create the independent, democratic and prosperous Poland that had been the hope that had once propelled Anatole Dekaban into the desperate struggle for his country’s honor, freedom and future more than half a century ago.